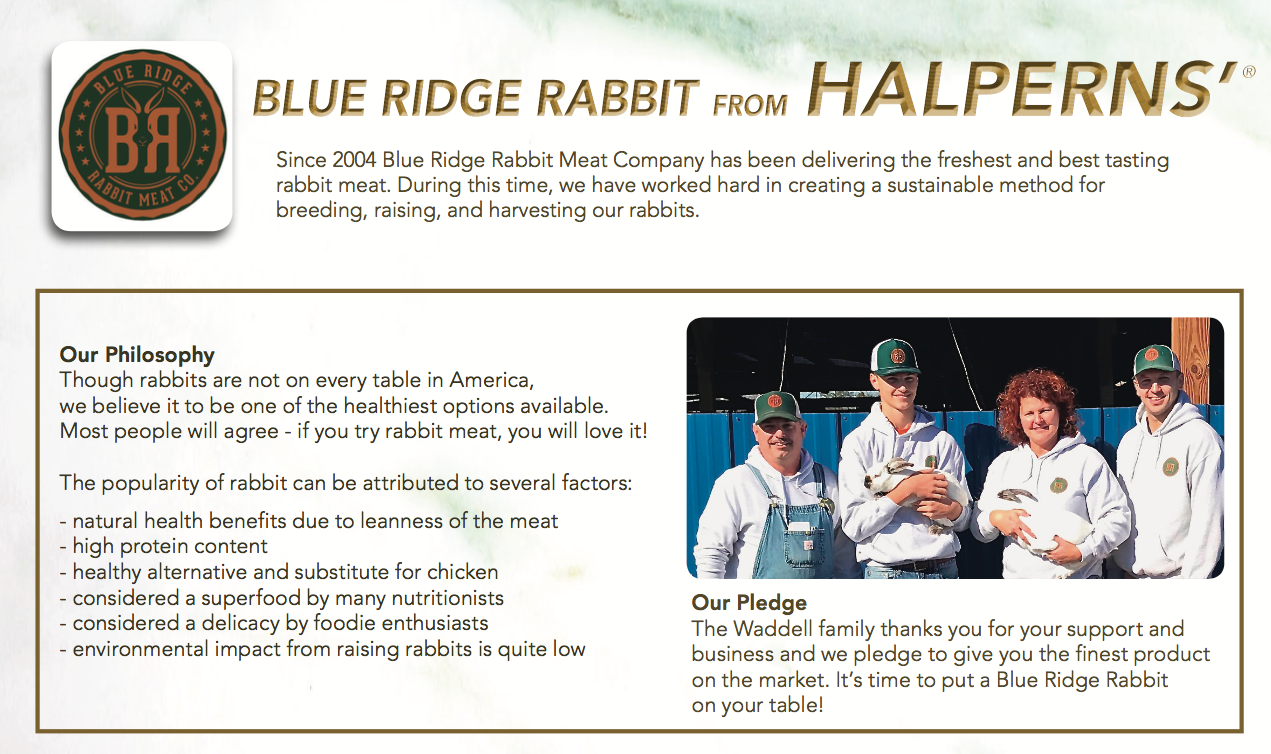 The story of Blue Ridge Rabbit Meat Company begins long before the Waddell family began raising rabbits. Our owner, Tyson Waddell, has been raising animals his entire life. Tyson and Julia Waddell are both former dairy farmers who co-managed their dairy as husband and wife.

Around 2004, Tyson got his first rabbits and began raising them on the farm. For years Tyson would take them to a local processor who also bought from other rabbit growers in the area. As time went on, Tyson’s numbers grew and his attention to detail and high standards of care began to make him the preferred supplier and would eventually make him the sole supplier. His distributor was selling his rabbit meat throughout South Carolina and even in major cities such as Chicago and New York.

Tyson and Julia began to recognize the opportunity and the benefits of taking their product directly to the customers. Blue Ridge Rabbit Meat Co. was born from their want to interact directly with their customers and expand their sales markets, both locally and nationally. From local restaurants and farmers markets to direct orders to your door, the Waddell’s wanted their rabbits to be available to everyone.

At Blue Ridge Rabbit Meat Company, it is our goal to deliver the freshest and best tasting rabbit meat. We strive to to create an enjoyable shopping and buying experience for all of our customers.
Proudly powered by Weebly